We can unlock both Ford V and M serials, but also C7 and BP (Blaupunkt) FREE!

Ready to use with one click, just insert your serial number in the unlock box and voila! 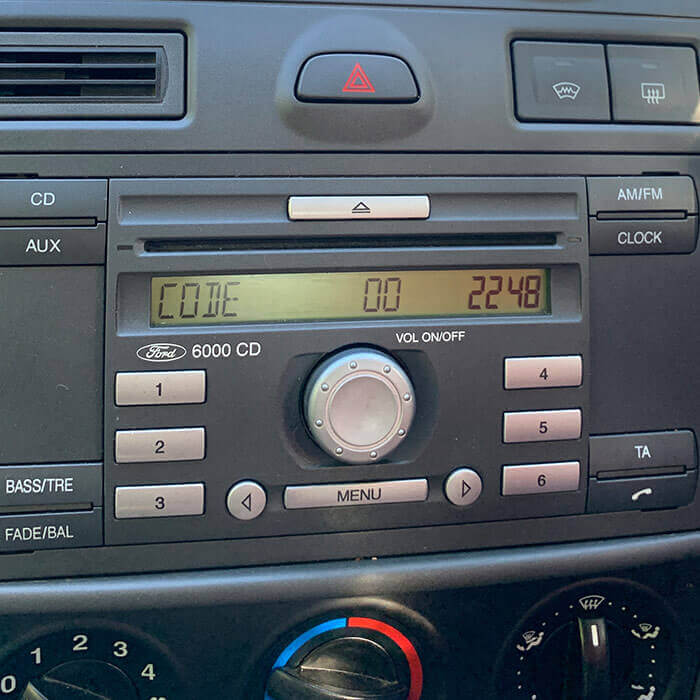 How do I get my radio code for free?

First of all, you need to find the serial number of the Ford radio you want to unlock. This ID number can be obtained in different ways depending on the stereo model. 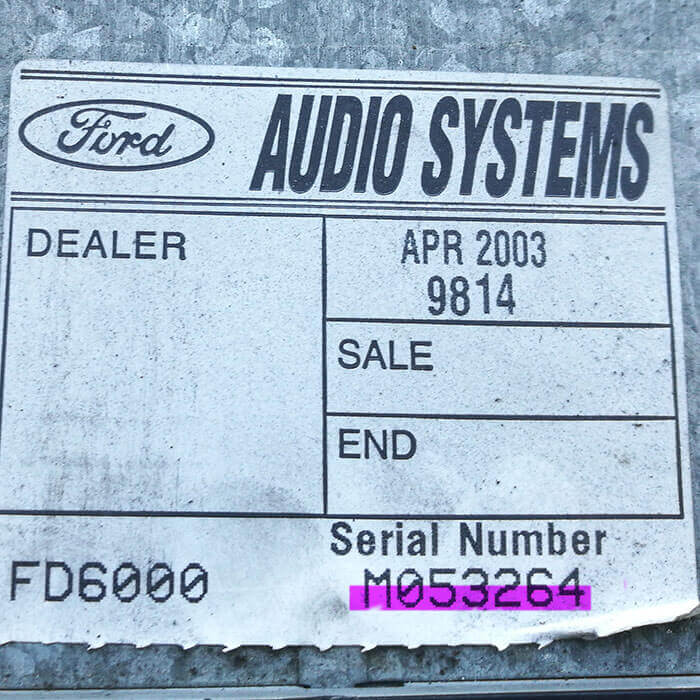 My serial is not displayed on screen

If you have a 6000 CD that doesn't display the serial, a navigation unit or any other radio older than 2004 then you need to pull it out to see the serial. It is quite simple to remove it, everytime you have the proper extraction tools. You can find these at Amazon or Ebay searching for "Ford radio removal keys". For example see how to extract a extract 6000 CD unit here. 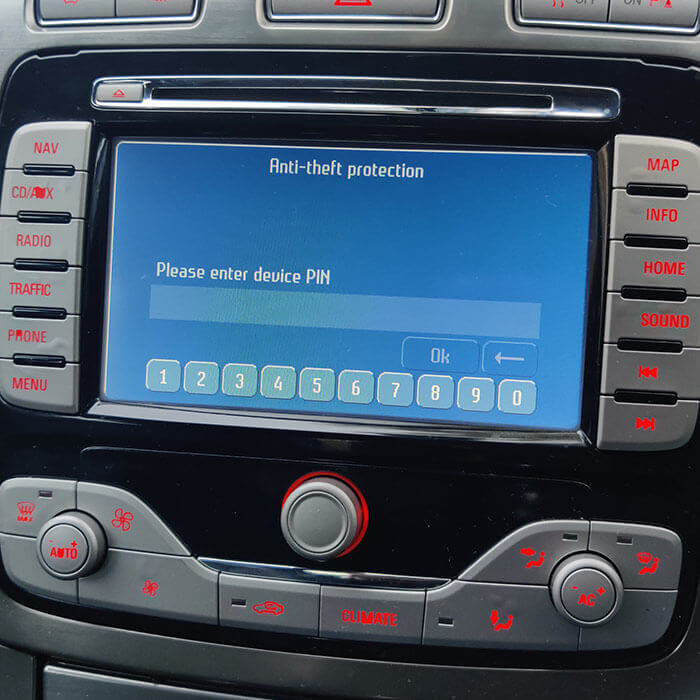 The Ford navigations are unlocked by the serial number stamped on the rear label. This label is only visible when the unit is removed from the centre of the console.

If these serial numbers are different and the generated code is wrong, try the serial number stamped in the metal case of the ford radio! 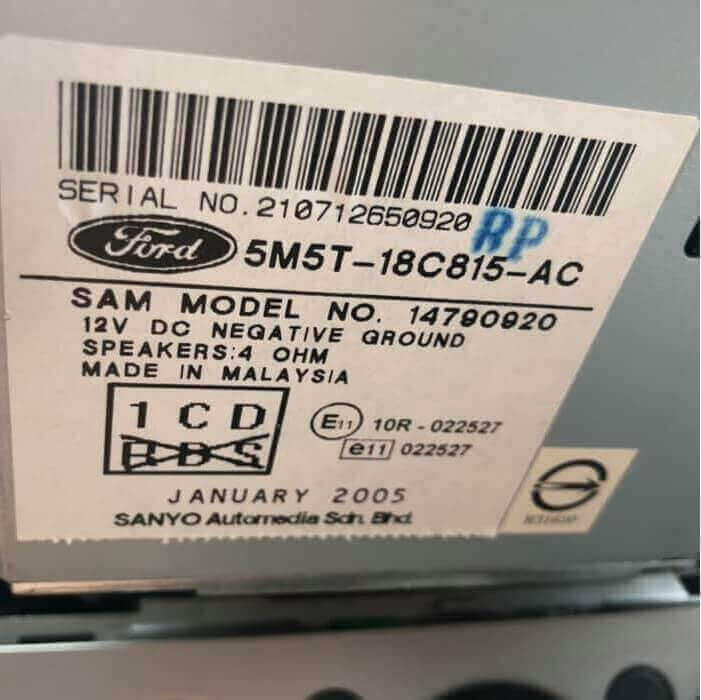 It is now possible to unlock a Ford Focus Sanyo or Panasonic radio using our other online calculator. To find the serial number for this type of unit, you must use the special keys to remove your unit. The serial number consists of 12 digits. Please note that it only works for the newer 2004 models. The calculator works for both Australian and Asian models (especially India). 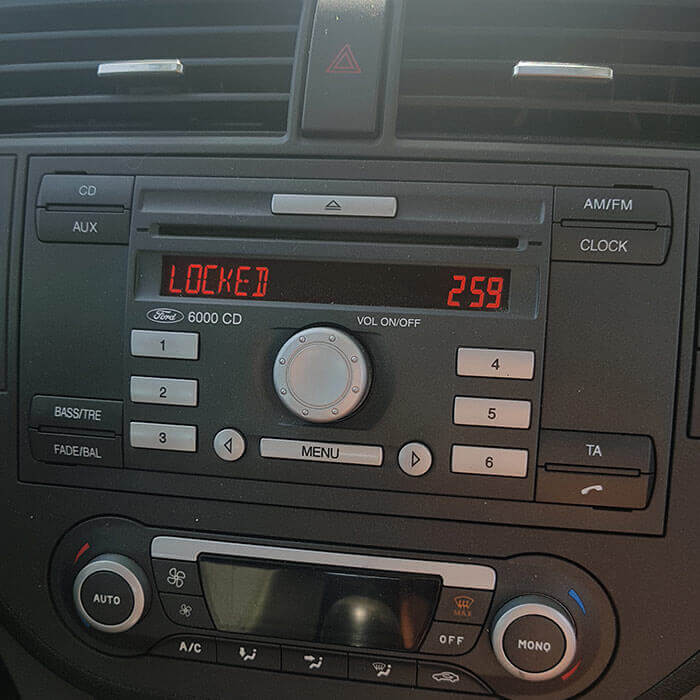 If the message LOCKED10/LOCK10 appears on the screen, it means that a wrong code has been entered 10 times. At this stage it can still be decoded, but the cassette player only accepts 3 more codes before being permanently blocked. To reset this status, with the radio switched off, press and hold button 6 while turning it on.

If the message LOCKED13/LOCK13 appears on the display, it means that the wrong codes have been tried 13 times, a situation in which the ford's radio can no longer be decoded online, but only by an electronics specialist. 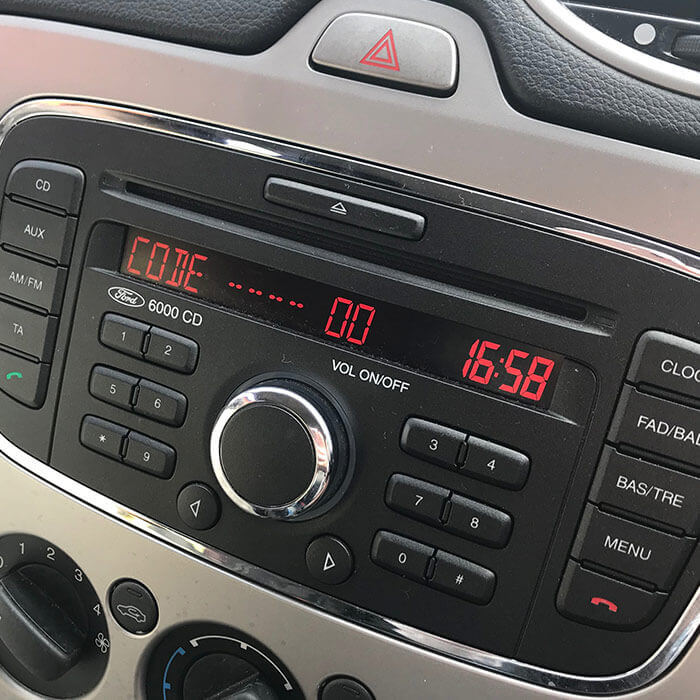 Calculate the code for any original radio or navigation present in any Focus, Fiesta, Transit, Mondeo and more, made in Europe. It is also possible to unlock some radios from Australia and Africa using this free site. All radios are unlocked by serial number without exception. Always use the serial number from the radio screen or the back label, never the one from the manual or radio card, as you will get the same code. Some compatible models:

Don't play with your credentials. We offer risk-free payments processed externally by Paypal and Stripe for card payments.

We are committed to offering the perfect service and we are succeeding! Our customers have voted us "Excellent" on the independent Trustpilot platform.

Read all our reviews